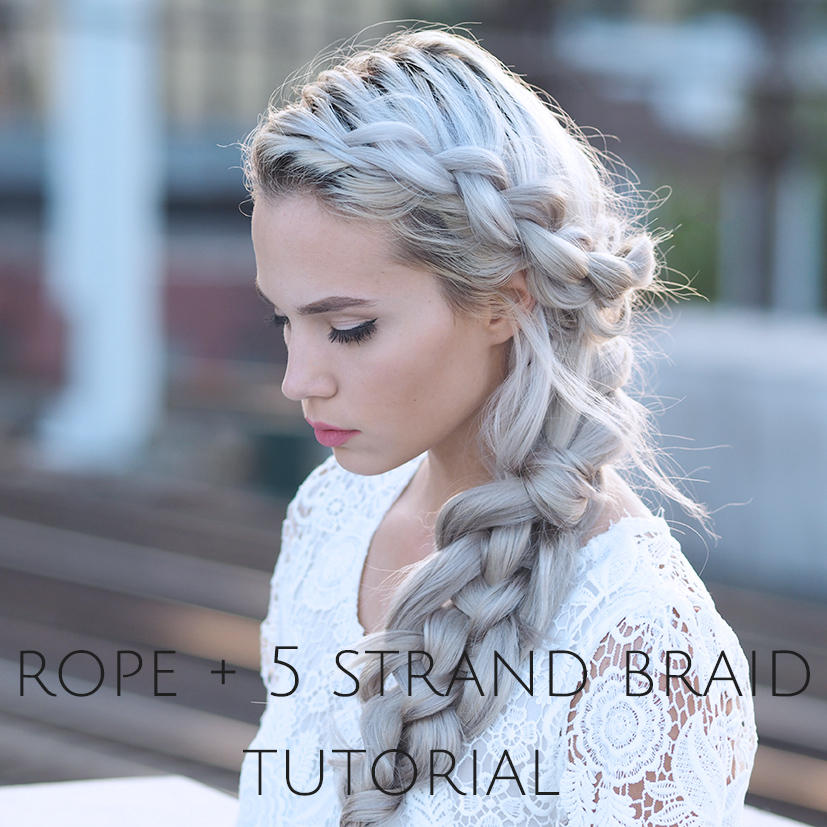 I literally saved this tutorial the kitchen sink on my computer because it is everything but the kitchen sink.. I sat down to film the tutorial and I was like hmmm I did a (really bad) rope braid tutorial a long time ago and I haven’t even tried to do it since so maybe I will do that! I decided to do it as a half up style, and then as I started braiding I just wanted to do more and more! I then did a three strand dutch braid starting on the side with the least amount of hair (which since I didn’t plan for I had an extensions sticking out and couldn’t tell.. don’t worry I fixed it after!) and then that turned it into a five strand braid… It turned out pretty cute though!

That is also like the first time that I have filmed a tutorial seamlessly (isn’t that always the case when you aren’t planning things….) The only thing I have to say is don’t wear a long sleeve shirt in 85 degree weather while doing this braid. You will sweat….. When I get overheated my chest/neck instantly turns blotchy and I actually am usually pretty self conscious of it.. Because when I get nervous in social settings I get flushed and it turns red! But I guess now that I’ve admitted it to you guys I can get over it! :)

I realized that I do a lot of half up and side braid styles so let me know if there is anything else that you want to see! I love getting inspiration from you guys :)