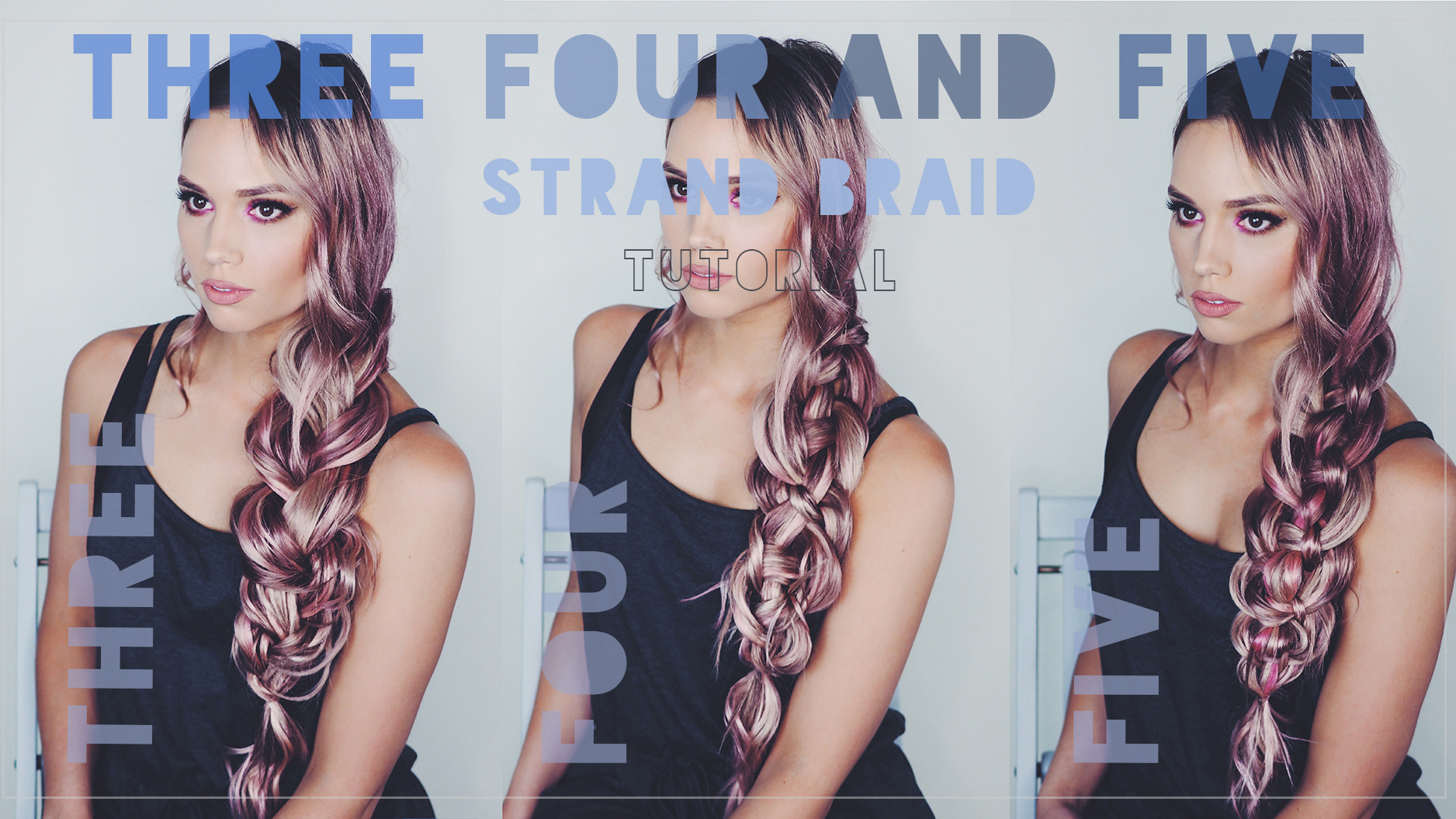 A three-fer?! I wanted to do a tutorial on just a three strand braid, but figured I would throw in the four and five stranders too! They do get more complicated but just try to think of it as only the outside two strands moving and doing a lot of over unders (anyone want to count how many times I say over or under?……)